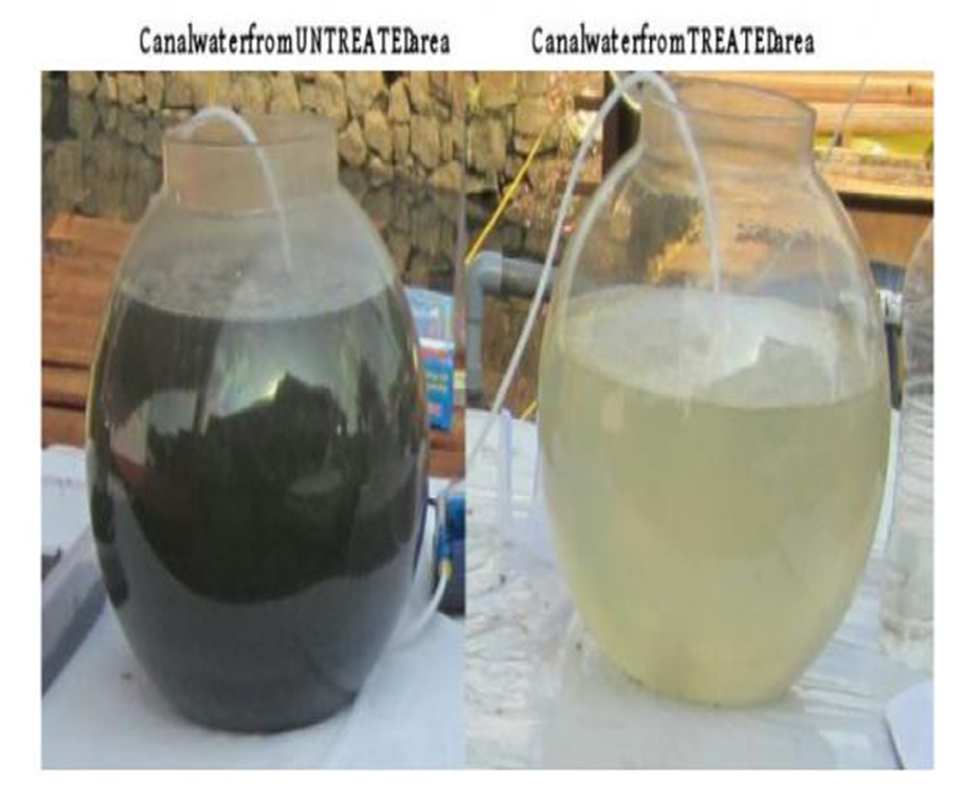 We were invited to conduct an assessment of the Market Canal area close to the Rainbow Bridge on the Marine Drive walkway in Kochi, Kerala. On first inspection the problems were identified as many fold, the first was the very high level of silt buildup, dramatically reducing the natural tidal flow of water into and out of the canal. The canal is surrounded on all sides by an extensive fruit and vegetable market. Each day large volumes of organic waste were disposed off by the merchants directly into the canal waters. We have allied with Caringfornature, an UK based technical expert and developed a remediation test that would enable the City to establish the suitability of the proposed technology solutions.

The intent of the Market Place canal trial was to propose a solution that would re¬-establish the canal area as a healthy and living body of water which could be enjoyed by fish, aquatic plants, local residents, the merchants and visitors alike. The treatment area was selected because of the following criteria.

Inside the box a number of aeration diffuser systems were installed. These were powered by a single high air volume electrically powered air compressor. This delivered an air volume of 3cfm (Cubic Feet per Minute) at 6psi (pounds per Square Inch) to each diffuser. These were used to introduce oxygen into the water, de-stratify the various layers of water and to enable a normal oxygen bearing environment to be developed within the dead water areas of the canal.

The enzyme treatment broke down the organic contaminants into a food source readily available for consumption by the indigenous aerobic bacteria. The enzymes ability to break down the organic foods for the bacteria enabled them to consume faster, breed faster and grow faster. Naturally, as bacterial colony numbers increased, so did the consumption of the organic waste matter contained in the canal water and silt. Because of the diffusers, the anaerobic bacteria normally responsible for the creation of the toxic gases were unable to survive in the now oxygenated water environment. After 22 days of treatment the water from the canal was compared with the water from the structured treatment area with the following results.